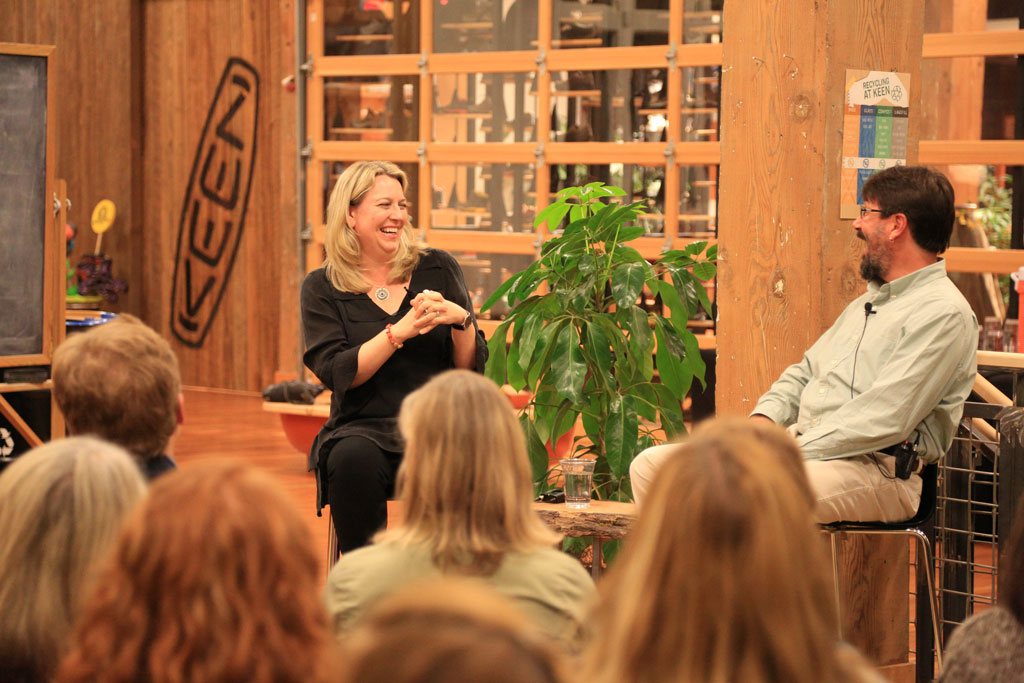 The Keen room in Portland was at capacity, and author Cheryl Strayed had the crowd of 200-plus captivated from her first answer.

This was a PCTA fundraiser on the evening of Nov. 13. at Keen’s headquarters in the Pearl District. Keen is a PCTA corporate partner and Tim McGuire, a business unit director for the company, is a PCTA board member.

The format for the event had Mark Larabee, managing editor for PCTA’s quarterly magazine – PCT Communicator – interviewing Cheryl about her best-selling memoir, Wild. Filming had been happening that day in and around Portland for the movie starring Reese Witherspoon, and several members of the production team were in the audience.

PCTA Executive Director and CEO Liz Bergeron warmed up the crowd by talking about PCTA and its mission. Many had only learned of the trail through the book.

Larabee opened by noting that Wild had become a huge success. He asked Cheryl what it was like hanging out with celebrities such as Oprah Winfrey and Robert Redford. Cheryl flashed her trademark smile.

“You mean Bob?” she giggled, “Bob, who’s kissed me on this cheek and this cheek?”

Just like she did in her book, Cheryl was open and honest about her experience on the PCT, what she went through writing the story and what her life has been like since the book topped the charts. She spoke for nearly an hour and answered questions from the audience.

Wild has been an amazing success and has brought much attention to the PCT and the PCTA. The movie will bring even more, and PCTA is planning on capitalizing on that publicity to advance our mission of taking care of the trail.

Many thanks to Tim McGuire and Keen for hosting this great event and for the people who paid to come and support PCTA, and a very special thanks to Cheryl for volunteering her time.