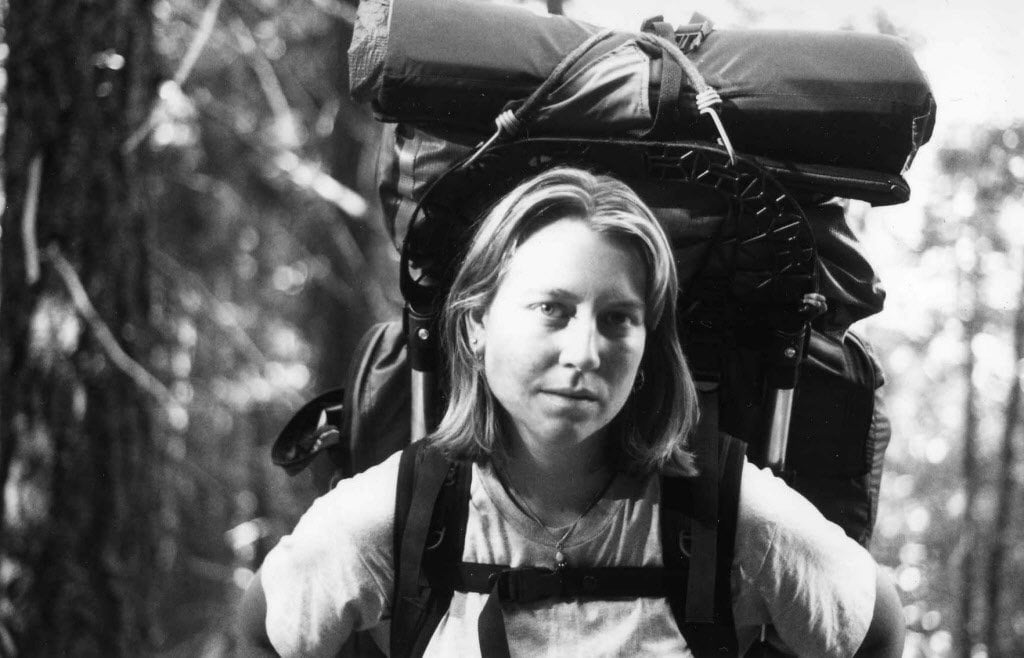 Our Cheryl Strayed interview about her best-selling book, Wild: From Lost to Found on the Pacific Crest Trail, originally appeared in the magazine.

Cheryl Strayed was 22 when her mother died suddenly from lung cancer. Reeling from the death, she was seemingly helpless as her family splintered without its matriarch. Her marriage was in tat­ters four years later when she left her Minnesota home to hike on the Pacific Crest Trail.

Cheryl was clearly a woman in crisis. She’d never backpacked a day in her life, yet this long-distance hike somehow appealed to her. She had no clue what she was doing in the wilderness, no real sense of the arduous task ahead of her. At first, she could barely lift her backpack it was so heavy, laden with items she’d never need.

Pain was everywhere, from the blisters on her feet to the deep wounds in her heart.“The universe, I’d learned, was never, ever kidding,” she writes toward the end of the book.

Yet for all that suffering, Cheryl found something special while walking from the Mojave Desert to the Bridge of the Gods on the PCT. She still carries those lessons with her today.

Now in her early 40s and living in Portland, Ore., with her hus­band and two children, Cheryl’s new book is a huge success. She’s already optioned the movie rights to Reese Witherspoon.

I corresponded with her by email while she was touring the coun­try promoting the book.

Mark Larabee: You’ve had a long career as a writer, including a novel, countless magazine pieces and even an anonymous advice column. Why write a memoir about your 1995 hike now?

Cheryl Strayed: I’ve had a long career as a writer, it’s true, but it takes ages to write a book. My first book – the one I was writing in my head as I hiked the PCT in the summer of 1995 – was Torch, a novel. By the time it was published in early 2006, I had two children under the age of 2, so it took me some time to write my second book, Wild. I didn’t feel compelled to write about my PCT hike right after I took it, and I’m grateful for that. I think the intervening years between going on my hike and writing about it gave me necessary perspective. Because Wild is not just a chronicle of my hike, but also the story of the inward journey I was on, I think I needed to see how my experience on the PCT settled into my life before I could write about it with depth and meaning.

Mark Larabee: Isn’t it human nature to forget the pain? How did you remember the vivid details of this tumultuous time in your life?

Cheryl Strayed: I kept a journal all through my 20s and into my 30s. There’s hardly a page in the journal I kept while hiking the PCT that I did not write about how much my feet hurt. I had serious trouble in that regard. I never forgot that pain, but I must say it was helpful to have that journal on hand when I was writing Wild. When it comes to the internal pain I was experiencing, I had no trouble remembering it and bringing those emotions to life on the page. Some things you don’t forget.

Mark Larabee: The book is about transformation. What’s the most profound moment, time or experience from your hike? Describe the turn­ing point.

Cheryl Strayed: There were so many important moments. It’s hard to cite one. My first week or two on the trail were important because they were incredibly difficult. I really didn’t know what I was doing out there and I wasn’t adequately prepared for the rigors of the trail in a number of ways. I’m amazed that I didn’t quit. To stay, to hold on, to keep walking – that was profound. Then there were experiences I had later in my hike that went deeper. I’ll never forget, for example, when that fox walked past and stopped to look at me when I was hiking on a stretch of trail that was covered with snow. I felt so alone, so uncertain, and yet also like I was gaining a sense of my strength when I saw that fox. And then, of course, there was the end, when I reached the place on the trail I’d been walking to all summer long. It was transformative to get there, to simply know I’d made it.

Mark Larabee: The PCT helped you cope with life’s difficulties. Do you ever find yourself reaching back to those experiences to help solve today’s problems?

Cheryl Strayed: I do. Walking is an important part of my life. When I need to sort something out, I walk. It’s the thing I do to feel calm, to reflect, to put my mind at ease and also to reach a higher level of engagement. The silence of my long walk on the PCT taught me to put faith in the power of one foot after another.

Mark Larabee: Your story has gone viral. What’s that like?

Cheryl Strayed: It’s glorious, but it also feels oddly outside of me. Wild would be the same book whether 20 people read it or 2 million. I wrote it straight from my heart, without any sense of what would come of it. I’m grateful that this story has resonated with so many people.

Cheryl Strayed: The coolest thing about the PCT is that it exists. I’m astounded every time I think about the fact that we have this trail. It’s a national treasure. The weirdest thing about it is that so few people know about it. At most of my readings around the coun­try I’ve asked those in the audience if they’ve heard of the PCT before they read Wild and in most cases only half of the people in the audience raise their hands. The trail’s best-kept secret is something every PCT hiker will have to find for him- or herself.

Mark Larabee: Looking back at your time on the PCT, what does the trail mean to you today?

Cheryl Strayed: The trail will always be a special place to me. On the trail I found solace, strength and peace. I tested myself and accepted the facts of my life. I grew up in a lot of ways. I experienced funny, hard and sweet things I’ll never forget. I live in Portland, so the trail is still a part of my life. I hike on it each summer with my family. Every time I set foot on the trail it feels like going home.

Mark Larabee: Are you a PCTA member?

Cheryl Strayed: I became a PCTA member as soon as I finished my hike in the fall of 1995. Becoming a member helped me feel like I was keep­ing a bit of the trail close to me. (Plus, I got a T-shirt.) While on my hike, I had the opportunity to experience firsthand why the PCT matters. Being a member of the PCTA allows me to throw some weight behind that knowledge. I’m thrilled that Wild has brought more attention to the trail, and I hope that will mean more support for the PCTA as well.

Mark Larabee: Did we coerce your answer to that last question in any way?

Cheryl Strayed: I’ve been told to say no.