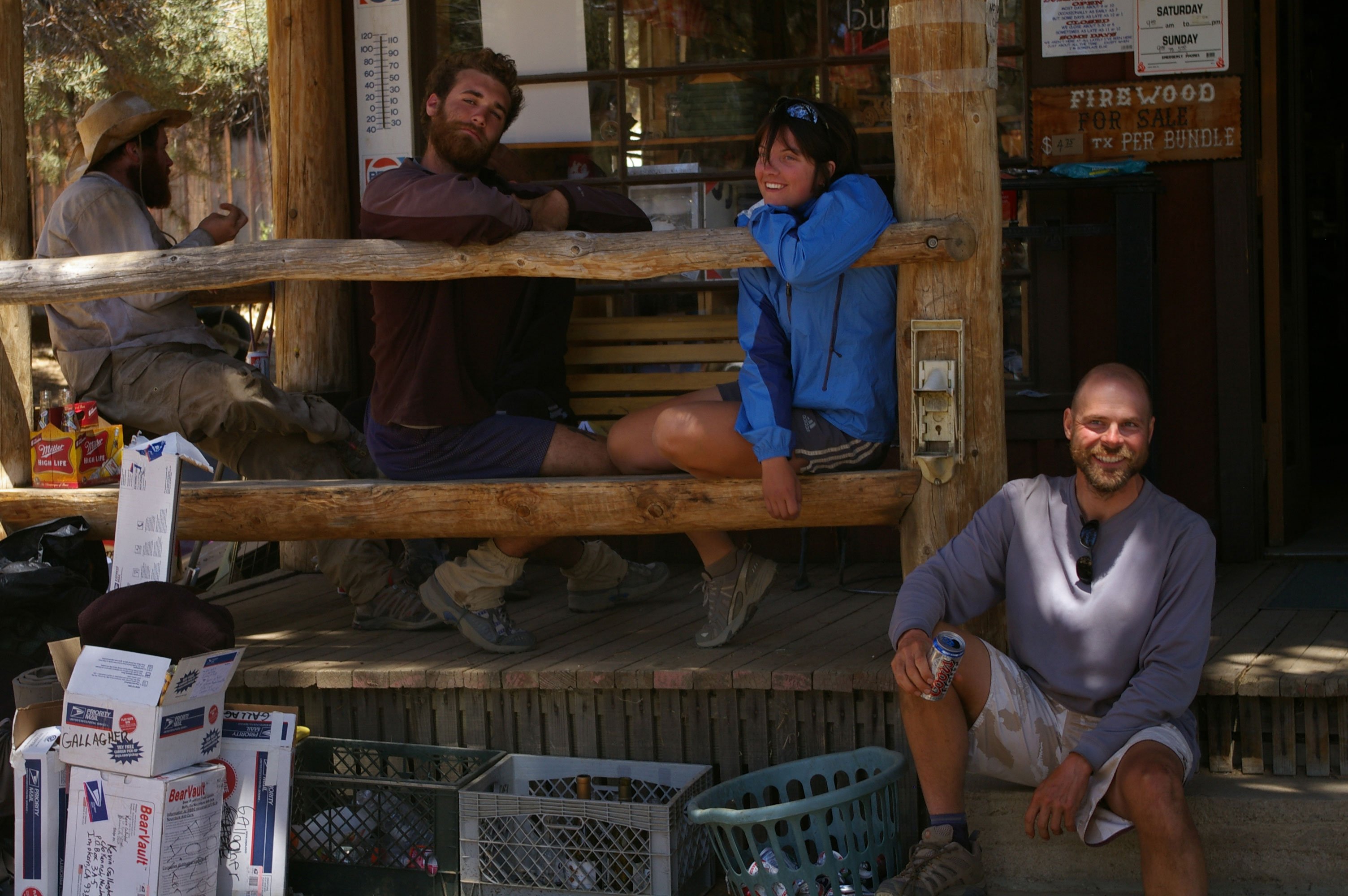 Besides the Wild movie trailer, this is the first video release showing Reese Witherspoon in the movie. It’s a classic Pacific Crest Trail moment: tired, hungry, ready to drop down on the porch at the start of the Sierra. Oh, and a large hiker dude to female ratio.

Currently the video clip can’t be embedded so you’ll have to head on over to the Jezebel and check out the article: Here’s Your First Look at Reese Witherspoon as Wild’s Cheryl Strayed.

But rare is the marquee film that allows its women subjects to revel in their aloneness, and to commune with the earth (or whatever) and, most importantly, finding themselves, the propeller at the heart of Wild. – From the Jezebel article.

A bit later, you’ll get to see two real-life Pacific Crest Trail characters: Greg (read his true story in the Wild special issue of our magazine) and Meadow Ed.

PCT veterans will notice that the scene wasn’t filmed on the actual PCT (a twitter tipster tells us it’s Paulina Lake Lodge.)  That’s the case for much of the movie. We’ll go into why a bit later.